He embodies the qualities of grace, humour, compassion and non-judgement 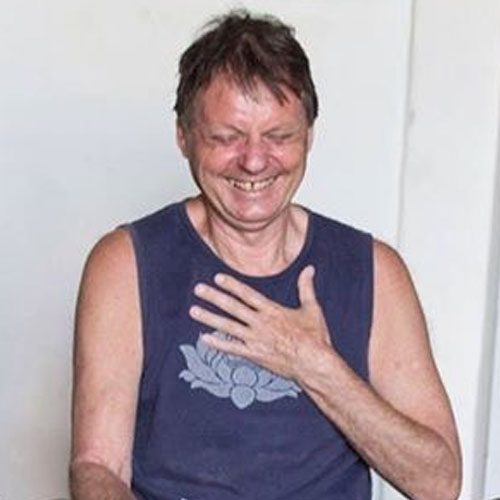 Peter is the founder and director of Anahata Yoga, senior yoga teacher (E-RYT 500) and teacher of the Five Element Form. Peter has studied and practiced yoga for 52 years. He has had the honour of studying with many wise and knowledgeable teachers in India including Swami Shankara, Swami Sarasvati, TKV Desikachar, AG Mohan, BKS Iyengar and Rishi Nityabhodananda. Combining his study of Anahata Yoga with a lifelong interest in learning about bio-mechanics, postural integration, anatomy and physiology, Peter has developed the unique, powerful and comprehensive Anahata Yoga philosophy, which manifests in asana as the Dance of Shiva and Shakti.

Peter’s teaching style reflects his experience as a household yogi and his training in Assam, India. He embodies the qualities of grace, humour, compassion and non-judgement, and provides his students with the tools to apply the philosophy of yoga to all aspects of daily life. His classes are joyous, opening and transformational.

Peter commenced the study of yoga in 1963 at University to complement his studies of civil engineering and discovered the wealth of benefits that it contained. This began a lifelong exploration of the inner conscious aspects of yoga and its many different paths.

After commencing studies in Hatha and Raja yoga in 1963, a deepening interest in yoga led Peter to travel through North East India into Assam. Here he studied Tattwa Shuddhi Sadhana (the Five Element Form) with an Aghor Tantric Sadhu Shankara at the Kamakhya temple near the city of Guwahata, where he was taught Anahata Yoga and became proficient in the Five Element Form. Over a period of 50 years, Peter has practiced and studied this ancient form and he is one of only five yogis around the world entrusted by his teachers to impart the knowledge of the Five Element Form to his own students.

Peter continued his yoga journey and studied Iyengar Yoga with BKS Iyengar, Nicky Knoff and James Bryant. In the 1980s he continued his Iyengar studies with Michele Besnard in Noosa and in 1992, he was trained in the theory and practice of Hatha yoga, anatomy and physiology by Swami Sarasvati and became a qualified Yoga teacher recognised by the Australian Yoga Masters Association.

While teaching yoga internationally, he also studied with TKV Desikachar and AG Mohan of the Krishnamacharya Yoga tradition, which is similar to the Anahata Yoga tradition of Assam. Following a serious motorcycle accident in 1997, Peter commenced studies in Vinni Yoga with TKV Desikachar, the son of Krishnamacharya, his wife, Menaka, and later with Desikachar’s son Kaustub. With the goal of personal rehabilitation, Peter studied the internal aspects of therapeutic yoga and his knowledge in this area was further deepened through his studies with AG Mohan and his wife Indra in 2003.

In 2002, Peter opened Anahata Yoga in Byron Bay after he had contributed as a teacher to the development of the 2000 Yoga Arts Certificate IV in Yoga Teacher Training, the first government accredited yoga qualification in Australia. He has been involved with the development and teaching of numerous teacher training courses around the world.